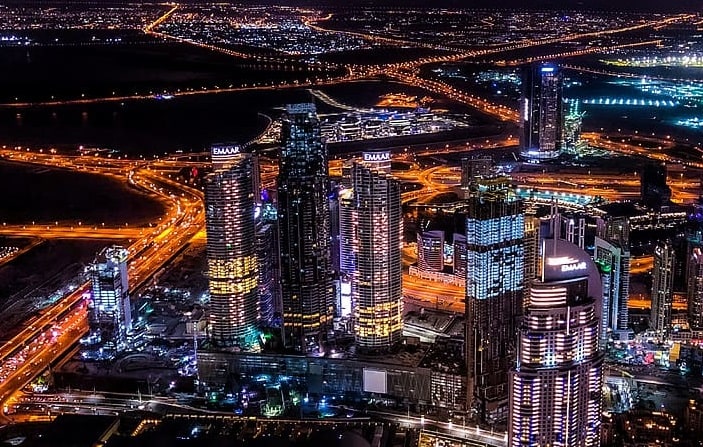 Energy conservation includes the ways to lower the consumption of energy by using fewer energy services. We can conserve energy either by using energy more efficiently (using less energy for a service) or by lowering the amount of service used (for instance, by driving less). Energy conservation can be considered as a subset of the concept of Eco-sufficiency.

Energy conservation can be performed through lowering wastage and losses, increasing efficiency by technological upgrades, and improved operation and maintenance. Universally, energy use can also be reduced by the population growth fixation.

14 December that the Bureau of energy efficiency (BEE) pays attention to it is known as the national energy conversation day. The purpose of determining such a day is to make folks aware of global warming and climate change and raise efforts towards saving energy resources.

How is UAE conserving energy?

Due to Loss of energy conservation efforts the UAE is put among the world’s major electricity consumers with a 10 percent yearly increase estimation– four times the world average of 2.4 percent assessed by the International Energy Agency (IEA) in 2001, according to a recent study done by the UAE University (UAEU).

In this research, air-conditioning was introduced as the most energy consumer and urged measures to lower cooling demand and highlight the need for energy conservation.

According to the study, consumption of electricity shows high seasonal fluctuation between peak demand in summer and less demand in winter.

In July 2014, the Ministry of Energy and Infrastructure in UAE established a new department for energy conservation and energy efficiency. One of the goals of this department is to establish a database of energy consumption by different sectors across the UAE. Emirates Authority for Standardization and Metrology (ESMA) promotes the use of efficient electrical equipment. In 2012, it launched an efficiency-labeling scheme for window and split-unit air-conditioning systems, clearing highly inefficient units from the market. Since July 2014, ESMA has also banned inefficient incandescent light bulbs import. The scheme is expected to cut energy use by 500MW per year.

Emirates Energy Star (EES) is a joint venture between Etisalat and Pacific Controls to decrease the GHG emissions of the UAE and the fuel bills of its companies, through retrofitting present buildings with energy-saving controls systems and attaining savings of 10-35 percent.

Energy conservation and management in Dubai

The National Water and Energy Demand Management Programme have been launched in UAE purposed to power conservation enhancement.

Enhancement of the efficiency in the three most power-consuming sectors by 40% was approved by the Federal Cabinet.

This programme was kicked off in collaboration with strategic partners and stakeholders of the federal and local governments and private sector for achieving the goals of energy conservation and management in Dubai.

This programme targets 40% efficiency of the three most power-consuming sectors in the UAE: transportation, industry and construction. And will adopt the best international standards in the nation’s largest water and energy efficiency drive.

Several initiatives will be launched to decrease power consumption and realize a set of targets by 2050.

It is aimed to decrease power requirement by 40%; enhance the renewable energy’s share to the energy mix to 50% and develop reuse of water by 95%.

Emirates Energy Star (EES) devotes stars according to a percentage of energy saving. Refer to the chart below for stars:

· REmap 2030, a global roadmap project that the International Renewable Energy Agency (IRENA) has introduced, examines the realistic potential for higher renewable energy uptake in several countries and markets. This country-level analysis covers all parts of the UAE’s energy system, such as power, industry, buildings and transport. REmap 2030 benchmarks against alternative sources of energy including natural gas, coal, oil and nuclear power, by use of a set of local and international cost data.

The report presents a “business as usual” scenario (referred to as the “reference scenario”) derived from current policies and plans, where 0.9% of total final energy consumption (TFEC) is projected to be supplied from renewable energies until 2030.

Is Dubai’s energy use sustainable?

Sustainability in the UAE and Dubai is another matter to talk about. The next 3 decades could be OF great importance for the UAE to acquire sustainability goals. The sustainability efforts got an official form with the 2017-2050 Energy Strategy plan of UAE.

This plan was proclaimed in 2017 and pursues the following goals by 2050:

– lower the carbon footprint by 70%

SEWGA (Sharjah Electric Water & Gas Authority) has strived to create one of the best energy-efficient model cities with an ambitious strategy and innovative energy conservation initiatives.

In 2015, Sharjah was announced as the City of Conservation to gain sustainable development. This innovation’s focus was on energy efficiency implementation, intending to reduce electricity and water consumption by 30% in this emirate.

Abu Dhabi is headquarter of IRENA (International Renewable Energy Agency) since 2009. IRENA is the first intergovernmental infrastructure based in the Middle and assists countries in their transition to a sustainable energy future and serves as a key platform for international collaboration, a center of excellence and a repository for renewable energy policy, technology, resources and knowledge.

IRENA promotes the widespread adoption and sustainable use of all types of renewable energy, including bioenergy, geothermal, hydropower, ocean, solar and wind energy to chase sustainable development, energy security, energy access, low-carbon economic growth and prosperity. The government of Abu Dhabi has purposed that at least 7% of electricity generation will be generated from renewable energy by 2020.

Wetex is a global platform hosted by DEWA in Dubai. It brings local and international companies closer to the latest resource management technologies and solutions.

In this exhibition, all the latest developments in the energy, water, technology and environment sectors are represented.

Some Efforts in this domain are:

In 2010, the Cabinet of the United Arab Emirates approved Green Building and Sustainable Building standards to be applied nationally. Implementation of these standards began to be applied in government buildings in early 2011. It is expected that the project will save AED 10 billion by 2030 and reduce carbon emissions by about 30%.

Emirates Energy Star (EES) is a joint venture between Etisalat and Pacific Controls that aims to reduce UAE GHG emissions and fuel bills for its businesses, by retrofitting existing buildings with energy-saving control systems and achieving savings of 10-35%.

In November 2015, the Dubai Clean Energy Strategy was launched. According to this strategy, Dubai has objectives to produce 75% of its energy needs from clean sources by 2050. This strategy also aims to make Dubai a universal hub for clean energy and a green economy.

The Government of Dubai established the Dubai Supreme Council of Energy (DSCE) in 2009, which organizes all energy aspects in Dubai and has developed the Dubai Integrated Energy Strategy

2030 to promote decarbonization of energy and ensure efficient energy use.

While the growth of renewable energy sources in the UAE has fueled its efforts to achieve long-term sustainability in all aspects of its governance, Dubai has been at the forefront of this movement. The emirate has long been a pioneer in eco-friendly living. There are specific green neighborhoods in Dubai that depend on renewable energy sources in the UAE, including:

· Flying cars: Dubai’s Roads and Transport Authority is expected to launch flying cars soon – an impending reality that so far has seemed only a fraction of the imagination of the emirate. It is expected to reduce traffic congestion and pollution caused in the city. The future Dubai Sky Pod Transportation System is also an important step towards achieving the emirate’s lofty sustainability aims.

In this article, we tried to address the concept of energy conservation and took a look at the ways of energy management in the UAE and also related programs and strategies.